The Pragmatic Programmer 20th Anniversary Edition:
your journey to mastery
by Andrew Hunt and David Thomas

This new 20th Anniversary Edition offers a fresh look at the modern development landscape, cutting through the “business as usual” and tired advice from the net to help guide you through the next twenty years and beyond. Featuring new tips, new topics, and revisions throughout, you don’t want to miss this one.

After the Second Civil War, Henry buys a long-abandoned, desolate mansion from the pre-Internet era to get away from it all: away from the mass surveillance and constant monitoring of the new paranoid state at the very edge of civilization. But there’s more to the house’s history than the real estate listing admitted. Were ghosts real? Or panda bears? Or whales? No one knew for sure anymore. The tapestry of history was torn and threadbare, patched with both tattered cloth and with trash. And in that dim and murky place between the shores of consciousness and nightmare, Henry was running out of time. 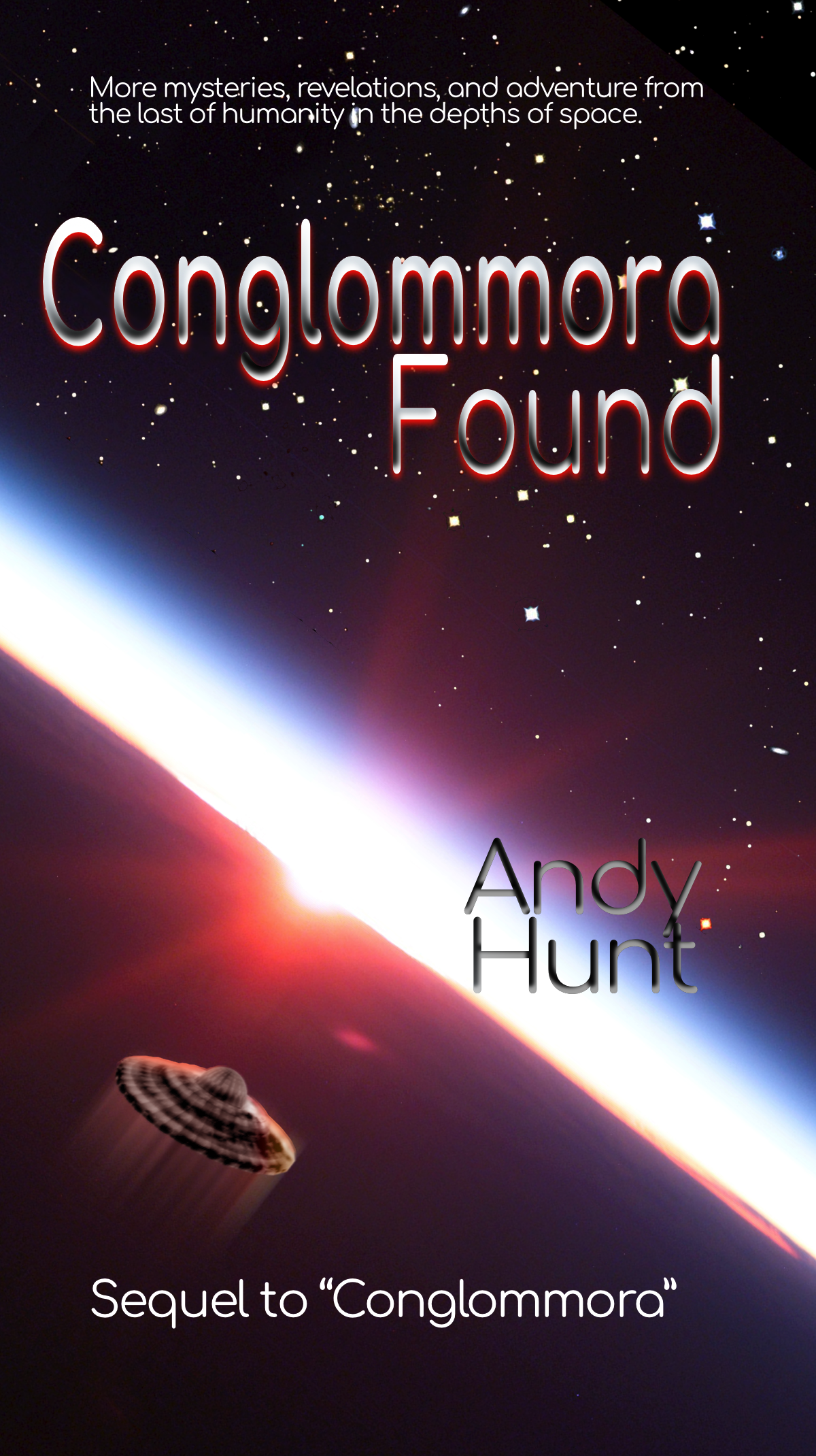 Sequel to Conglommora. Charlie and his son thought their adventures were over, as they settled into the shape of their new lives on Conglommora. But things get complicated as Alain risks his life to find answers to the secrets of their world, and their very world gets a lot larger than anyone thought.

Chill sci fi novel. A stranger with an ancient agenda plummets the known world into an epic adventure across the galaxy…

Teaches kids (of any age ;) how to program in Java, using Minecraft plugins as the programming environment. There were two editions, one for Bukkit, one for CanaryMod.

Pragmatic Thinking and Learning:
Refactor Your Wetware
by Andy Hunt

Improve your thinking and learning skills, boost your creativity, and invest in your most important asset: your mind.

The Pragmatic Programmer:
From Journeyman to Master
by Andrew Hunt and David Thomas

The seminal classic that started it all. Still on most top-ten lists of best programmer books.

Practices of an Agile Developer
by Venkat Subramaniam and Andy Hunt

My friend Venkat had this great idea for a book: the personal practices, habits, and approaches that really work. Good stuff.

The C# version of the popular unit testing book.

Back at the turn of the century, Dave and I were actively looking for a better language. I was using object-oriented Perl, which was a promising idea, but severely flawed in practice. Dave found this thing called Ruby from Japan, and we decided to write a book on it to help popularize the language. The rest, as they say, is history.

Part of the original trio of Starter Kit books, this was our bedrock ode to unit testing back in 2003. Jeff Langr has updated this title in 2015 to Java 8, keeping us up with modern times.

Part of the original trio of Starter Kit books: you can’t do anything without version control. No one should be using CVS anymore—we’ve got more modern books using Git. But this was the Starter Kit at the time: Version Control, Unit Testing, and Automation (written by Mike Clark).